Enter the Gungeon is a rogue-like dungeon crawler with gameplay similar to bullet hell shooters. The game was released in August 2016 and has been met with critical acclaim from critics and players alike. It’s also one of the most popular games on Twitch, where it regularly holds the top spot for viewership.

Enter the Gungeon is a rogue-like action shooter video game. There are many different ammolets in the game, and this article will rank them from best to worst.

Surviving in the Gungeon requires not just talent, but also knowledge and a little luck.

Sure, you’ll need to be able to avoid gunfire and shoot back. It’s also crucial to understand which things are the most helpful and how they interact.

Ammolets, a combination of “ammo” and “amulet,” are one of the most common item families in the Gungeon.

These, however, have nothing to do with standard ammunition.

Instead, they have an impact on your blanks, giving them unique effects and providing you with an extra blank at the start of each level.

They’re just a little convenience to make life a bit simpler on their own. But if you can master them, you’ll be able to devise effective tactics.

The Ammolet of Endurance, for starters, is a B-tier item that prevents your combinations from resetting when you take damage.

But… why haven’t you seen this item before in the Gungeon? Is there even a concept of combinations in this game?

The Ammolet of Endurance is only available in Exit the Gungeon, the successor to the bullet hell “dungeon climber.”

Let’s have a look at the actual thing now…

The Gold Ammolet, made from the brass of melted bullet casings — a common commodity in the Gungeon – may make blanks a little sweeter by boosting their damage.

Regular blanks are very gentle on the skin! They probably went unnoticed by you.

They may really be able to assist you clean a room or two using this B-tier tool.

The Gold Ammolet has a little effect on your run most of the time, but when used with a blank-producing weapon like the Dark Marker or the Composite Gun, the damage rapidly mounts up.

The only one of these trinkets found in brown chests is the Lodestone Ammolet.

But it doesn’t make it any less helpful.

This D-tier passive item adds more knockback to your blanks, giving them a bit more power to drive those bullet relatives into bottomless holes.

More significantly, following a blank, opponents will now be stunned for three seconds.

In Enter the Gungeon, a small amount of breathing space like this can’t be overstated.

Uranium is a radioactive substance.

If you remain too close to it for too long, it will wreak havoc on your DNA.

Carrying a Uranium Ammolet for the duration of a run will almost definitely kill a Gungeoneer’s cells, but it will also poison your opponents with radiation if a blank is fired.

All other blank-like effects from active objects (or companions such as the Owl) are toxic as well.

Even with sub-optimal weaponry, the lower levels will be easier to handle due to the large number of poisoned opponents.

The Copper Ammolet has a similar effect, since it renders blanks very flammable, essentially lighting all opponents in a room on fire.

Both fire and poison result in weaker opponents that need fewer bullets to kill, but the Copper Ammolet is superior due to its many synergies.

This B-tier item will work in conjunction with the Armor of Thorns to burn opponents on fire and cause the Flare Gun to spew green flames that never go out, similar to Wildfire in Game of Thrones.

Just keep an eye out for any oil spills or spiderwebs.

When opponents are burning alive all around the room, these flammable items create a deadly trap.

Even greater than fire and poison is the ability to freeze your foes, which is precisely what the Frost Ammolet provides.

After shooting a blank, this B-tier item has a high probability of encasing every opponent in the room in ice. It’s comparable to the three-second stun of the Lodestone Ammolet, but lasts much longer.

Freezing is a well-known Enter the Gungeon trick.

It also works on bosses, slowing or stopping them from moving for a short period of time.

There are many strong synergies in the Frost Ammolet.

It may boost the AWP gun’s performance and enhance the probability of Frost Bullets activating.

When you can have poison, fire, freezing, and stunning all at the same time, why choose?

The Chaos Ammolet will transform you into the Avatar of Blanks, allowing you to channel all four elemental effects to tremendous effect.

Every opponent in the area has a chance of being poisoned, catching fire, freezing, or flinching for a few seconds if a blank is fired.

They may be affected by several effects at the same time.

Combine this with the Composite Gun or the Dark Marker to quickly empty a room.

Enter the Gungeon is a roguelike bullet hell shooter. The chaos ammolet is one of the best ammolets in the game, and it’s ranked number 1 on this list.

Who is the best character to use in enter the Gungeon?

This is an incredibly difficult question to answer, as there are so many different characters with their own strengths and weaknesses. I would say the best character to use in Enter the Gungeon is probably The Inspector.

Whats the best weapon in Enter the Gungeon?

The best weapon in Enter the Gungeon is the gun.

What do the ammolets do in enter the Gungeon?

Ammolets are one of the many items that can be found in Enter the Gungeon. They are used to destroy walls, making new passages and rooms. 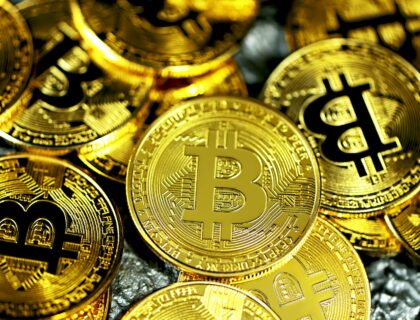 Best Ways to Cash Out Bitcoin