Roleplaying as a sociopath with “good intentions” in VR

If you’re a sociopath, there’s one thing that makes the world go round. You know what I’m talking about. It’s that feeling of being able to do whatever you want without consequences, and it’s that rush of power when your actions cause others pain.

The psychopath test is a quiz that will help you determine how much of a sociopath you are. If you pass the quiz, it will tell you what roleplaying style to use in order to be successful as a sociopath with good intentions.

I bought Fallout 4 VR about a week ago and haven’t taken it off my hands since. I modified the game and added all of the DLC to make it better for me, and I was able to buy it for 18$ during the current deal. But let’s go on…

I’ve been portraying a sociopath with “good intentions” or “a decent heart.” When I arrived to Vault 81, I was welcomed by the young kid who offered a vault tour for 5 caps. I accept and continue on the tour till I encounter the family with the horrible father who is cheating on his wife.

I instantly start planning how I’m going to murder him. As time passes, I tell the kids about my exploits. I hand over my equipment to the man in order to assist him in keeping the vault up to code, and then I assist the young girl in retrieving her cat from outside the vault. When I get home, I learn that the young kid who gave me my tour had been bitten by a mole rat and was being treated at the doctor’s office.

I make my way there and discover about the vault’s hidden section. I follow Bobby to the front door and go in. I eventually reach Curie and beg her for the cure after battling a swarm of sick mole rats and being afflicted. While I’m doing this, I’m thinking about how I’m going to kill that guy and how “who would suspect the man who risked his life to save the little boy and was such a good person to everyone in the vault to be the killer of Holt Combes?” I returned to the doctor’s office and informed him that I had the cure and that he should just give it to the kid.

Everyone is pleased, and everyone likes the foreigner now that the child has been rescued. WOO!… So, because everyone now likes me and I’m doing my hardest to locate the Combes’ room, I planned to wait until they were sleeping and use my Sandman Perk to slash his neck while he slept. Who would suspect the hero of vault 81, after all? They’d imagine a jealous lover who was secretly sleeping with Holt, or an enraged wife who couldn’t stand it any more after finding out he’d been cheating on her.

but rather… He was standing in an empty storage area when I discovered him. Having his back to the camera There was no one around. When I approached him, he smiled and said, “You know, I didn’t trust outsiders at first, but after all you’ve done, maybe I can start trusting them.” I turn around, grin, and take out my silencer-equipped handgun. I squatted swiftly and shot him in the head. It was completely quiet. I took a breath and listened… no one had heard it. I immediately gathered everything I needed and departed. No one had any idea. It wasn’t the way I wanted him to die, but it was still entertaining. Now… another settlement need my assistance.

For the game Fallout, write a post titled “Roleplaying as a psychopath with “positive intentions” in VR.”

The am i a psychopath is an interactive VR experience that allows users to explore their own sociopathic tendencies. This game has been praised for its ability to give players insight into their behavior, and how they can use it to make the world a better place.

Small rant about camps – Heroes of the Storm Games Guide 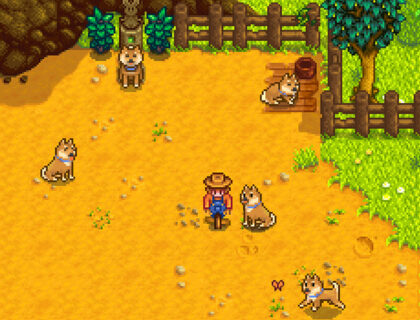